Is Bitcoin mining in Australia in 2022 still profitable?

Is Bitcoin mining in Australia in 2022 still profitable? 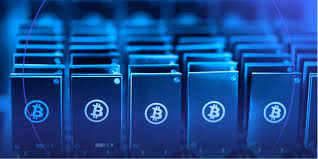 A brief overview of Bitcoin

Bitcoin has been the cornerstone of the cryptocurrency industry since its creation in 2009. The creator of BTC, Satoshi Nakamoto, is a prominent figure in the crypto space but remains completely anonymous to this day despite widespread speculation on who it could be.

In 2010, the first Bitcoin transaction was recorded by a man named Laszlo Hanyecz. Hanyecz purchased two pizzas for a total of 10,000 BTC, which at the time was only worth roughly $60 AUD.

By 2011, competitors arrived on the crypto scene including Litecoin (LTC) and Namecoin (NMC).

In 2022, Bitcoin still remains the top crypto by market cap and has seen some major upwards spikes. This just reinforces that Bitcoin is still the most important digital currency and it’s likely it will stay that way for some time.

To gain more insight into Bitcoin check out our guide to Bitcoin, on Swyftx Learn.

How does Bitcoin mining work?

The underlying technology that supports Bitcoin is called blockchain technology. Blockchain technology functions as a peer-to-peer network, that keeps records of transactions on a public ledger. This confirmation process is where Bitcoin miners step in. All transactions must be verified before they are received by the recipient. This confirmation is referred to as consensus and is undertaken by Bitcoin miners.

When a block is created and added to the blockchain, the miner is rewarded with a predetermined amount of freshly mined Bitcoin.

With regard to Bitcoin specifically, only a finite amount can ever be created. Bitcoin has a maximum supply of 21 Million, 19 million of which has been mined. Hence why there are often similarities drawn between Bitcoin and Gold as both are scarce assets due to their limited supply. Experts have predicted that the last bitcoin will be mined in 2140.

What does a transaction confirmation involve?

To understand how Bitcoin mining works it is important to understand the role of a Bitcoin miner. A Bitcoin miners’ job is to solve a ‘Hash’ code, which is created using a cryptographic protocol (hence why it’s called cryptocurrency).

The Hash power of a mining setup or mining rig will determine the capacity for conducting these confirmation tasks. More information about this will be covered below.

There are various ways to mine Bitcoin in Australia in 2022. The two most common options for mining Bitcoin are:

Personal mining, also known as GPU mining, is the process of mining crypto through a personal computer, this is often done through a Graphics Card Unit (GPU). The rise of Bitcoin mining in recent times has seen a broader selection of compatible computer hardware become available.

Standalone mining-specific hardware units are also available, like the Application-Specific Integrated Circuit (ASIC mining). ASIC miner chips are specifically designed for conducting crypto mining and have the advantage of producing a greater efficiency in Hashing power for the power used, compared to a regular computer.

ASIC miners can vary in costs, based on their output and mining efficiency. These mining machines are evolving, and advancements in hardware and design typically result in improved efficiency.

Personal miners will often utilise their output by being a part of a Bitcoin mining pool. When a user mines Bitcoin on their own, there is a higher degree of difficulty obtaining a reward due to the competitive landscape of cryptocurrency mining. A Bitcoin mining pool is are mining collectives that allow Australian miners to work together, increasing their chances of being rewarded more often.

If you’re mining Bitcoin in Australia, It’s important to keep in mind that it is crucial to select a reputable and established mining pool and understand the payout and fee structure of pool membership.

For aspiring Bitcoin miners in Australia, A Bitcoin cloud mining service can seem attractive because the barrier to entry is low. However, cloud mining also has its downsides.

Cloud mining is where a customer will enter a contract or purchase a piece of physical mining hardware located in a facility (also referred to as mining farms).

‘Leased Hash Power’ is the most common type of cloud mining. This allows a user to purchase computing power from a mining farm. The customer is then able to take a cut of the overall profits while assisting in the maintenance and running costs of the mining farm.

The most important aspect for these mining options is the ‘break-even point.’ This is when you make the same amount of money from cloud mining as you put into it. It is extremely difficult to make a profit as an individual cloud miner, as the amount of Bitcoin rewarded to a miner will drop over time.

Mining difficulty is a metric referring to the average time taken to mine new blocks. This figure can regularly fluctuate – as it is assessed by the network. This will inherently govern how likely you are to be rewarded for all your efforts, recently, mining difficulty has become a lot more competitive.

There are few instances in Australia where cloud mining contracts can be profitable. In most cases, more profit can be generated by buying Bitcoin and other cryptocurrencies compared to cloud mining.

Bitcoin mining can still be quite profitable in 2022, however, mining was far more profitable in the earlier stages of Bitcoin. Even though the performance yield of current technology is far better than it was, the competition and difficulty of earning rewards from mining has increased. The reason it remains profitable is purely based on the costs of mining vs output relative to difficulty at any given time.

Bitcoin mining consumes large amounts of electricity due to the power required for mining hardware to perform. If you are considering mining at home, you will need to be prepared for the increased cost of your electricity bill. These costs can be mitigated by purchasing top of the line hardware, however, even the best mining equipment consumes substantial amounts of electricity.

The ultimate decision will come down to each user, and how much they are wanting to invest. Typically, the more expensive equipment, the better the earning potential.

There is still room for improvements with current technology, especially with ASIC equipment and software, as new developments and improvements will result in further efficiencies in the power consumption costs and hash power output.

Here are other reasons why mining is still profitable in 2022:

How to mine bitcoin in Australia

There are two primary ways to enter this space and mine Bitcoin in Australia:

Method 1: Mining Bitcoin in Australia through a cloud mining platform

How to choose the best Bitcoin mining hardware

There are a few key factors to consider when choosing the best crypto mining rigs. These factors are hash rate and energy consumption. Both determine to effectiveness and cost of mining cryptocurrency.

Hash rate represents the number of calculations the hardware can perform per second. A higher hash rate will boost the chances of solving a calculation to result in sealing off the block and earning you a reward.

Another factor to consider for those who want to mine Bitcoin in Australia is energy consumption. There is a critical relationship between Hash Rate and power consumption when calculating profitability.

The formula is dividing the hash count by the total power watts.

There’s also an online calculator available to check on an estimation of your power bill using hardware. It’s important to refer to your own power costs, as these do vary around Australia and the world.

Find out more if Bitcoin is energy efficient.

When selecting the best crypto mining software, it is important to also check if your hardware equipment has any software requirements that need to be installed before use.

The software client will control the hardware and how it conducts mining activities. This will be primarily solving transaction blocks.

Here are some of the best crypto mining software in 2022:

In the modern landscape of Bitcoin mining, a large proportion of Bitcoin blocks are mined by pools rather than individual miners. This is a good reason why you should consider if you’re going to do it alone or participate in a mining pool.

Mining pools allow crypto miners to share their computing power with a collective group of miners in order to efficiently seal off blocks and lock-in rewards. They do this because there is a greater chance of solving a calculation. However, members of the pool will get a divided reward, depending on their input. Which might be appealing as a stable income with a modest reward.

How to interpret mining difficulty and value earned

A Bitcoin block will take approximately 10 minutes to mine. This metric is also referred to as the average confirmation time and is the proxy for mining ‘difficulty.’

The mining difficulty is a dynamic parameter that informs miners of the necessary computing power required for block-mining. The difficulty score for Bitcoin changes after ever 2016 blocks.

Some of the factors to consider when understanding mining difficulty include:

A Bitcoin wallet is a necessity for miners. BTC wallets gives you access to your own wallet private keys that will allow for complete digital ownership of your assets and safely store them.

Tips for using a digital wallet

When using a digital wallet, be sure to do your own research to find the safest option available. Make sure you create a secure password and be careful when opening emails, as some scam emails may appear legitimate.

Can I mine other cryptocurrencies aside from Bitcoin?

Yes, it’s possible. There are several ‘Proof of Work’ digital assets including Ethereum and Litecoin. Some of the mineable assets are more accessible and profitable than Bitcoin.

What’s the amount of power necessary for mining BTC?

The electricity consumption is dependent on the hardware the miner chooses. The hardware used also determines the amount of power that is required to perform to yield a reward from mining. According to Canstar, the average electricity cost per kWh across Australia is more than 20 cents per kWh. It should be noted this can change depending on your location.

How to start mining BTC

To start mining BTC you will need specialised hardware to ensure you are mining at a cost-effective rate. Mining hardware is continuously improving, with new hardware’s having better output and performance. You can also look to lease computer hashing power via cloud mining services.

Is Bitcoin mining legal to do in Australia?

Yes, it’s legal in Australia, as long as you are using your own electricity

Is Bitcoin mining taxed by the ATO?

Yes, there are various jurisdictions for digital assets regarding income, sales, payrolls, and capital gain. Nonetheless, investors are liable for reporting taxes locally. 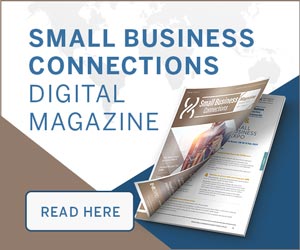