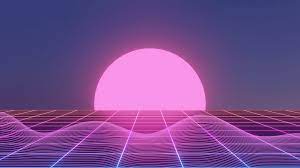 From tech legends to furries to the editors of Wikipedia, everyone’s lining up to dunk on crypto. Are we the bad guys?

Of all the digital communities one might expect to come out against crypto, the furries were not high on my list. Yet their grievances about web3 and NFTs – IP theft, privacy intrusions and the fundamental commercialisation of all things – have become a potent and frequently voiced critique of everyone’s favourite/most hated new buzzwords.

Yet the lure of web3, NFTs and even the [retching noise] metaverse lay in its promise of a de-monopolised, community-driven internet, where the tech giants that turned us into anxious, unhappy economic units in the machine of surveillance capitalism finally got their comeuppance.

What happened? Where did this divide come from? And how much should we be worried about it?

As with most things, I blame Facebook. Zuck’s typically dead-eyed, android-before-he-learned-how-to-feel pivot into the metaverse arrived with the subtlety of a bull elephant demolishing a 2-man tent.

On the one hand it’s remarkable to have one of the biggest companies in the world throwing their lot in with something crypto basically created. On the other hand it drew a lot of attention to a technology that was in no way ready for primetime. Watching Zuck perform what his minders must have assured him was ‘boyish enthusiasm’ in front of a glitchy, awkward parody of reality, it was hard not to think “this hellscape must be stopped!”

Not that it stopped a horde of other major companies announcing their own metaverse ambitions, almost universally as nebulous and ill-formed as Meta itself. Hemmed in by the easily mocked antics of DAO-bros on one side, and by Walmart going full metaverse on the other, it’s perhaps unsurprising that crypto has ended up on the defensive.

This isn’t the first time crypto has sustained some cultural blowback. Talk to anyone who lived through the 2018 bear market and you’ll know how quickly crypto became something you Did Not Mention in polite company. Too many dumb people had made too much dumb money (and then lost it all) for it to seem anything but, well, dumb.

But back then the story was all about empty promises, human foolishness and the inevitable failure of crypto as a whole. Now the tension is being fuelled by the possibility that crypto might actually succeed.

In short: what will society look like in a future of NFTs, DAOs and DeFi? Will it liberate the individual from the tyranny of our corporate and banking overlords? Or will it trap us all in a hyper-capitalist fever dream where even the most marginal of interactions comes with a dollar value – and an environmental cost?

Both positions are exaggerated straw men, but they suggest the lines on which the battle will be fought. While the temptation is to write the naysayers off as luddites and Twitter cynics, it’s worth engaging with the questions they ask. The “crypto is dumb” argument of 2018 was overstated, but it drove the industry to improve the crypto experience and actually create interesting use cases for blockchain technology.

Perhaps that’s the challenge here. Sure, it’s great when the price goes up, but perhaps we need to spend more time asking what crypto’s end game might be. What do we want the world to look like in 10 years, when blockchains have become a largely invisible part of day-to-day life? How do we create simple decentralised apps and tools that improve the lives of everyday humans – and that people will actually want to use? And how can we make sure the furries are part of the journey?